The tragedy and pain caused by these wrongful arrests, coerced confessions, and false prosecutions have not dissipated for their victims, nor have they been addressed by the current state’s attorney’s office.  Just as importantly, the current office has jeopardized the reputation of all law enforcement within Lake County by failing to address these systematic problems in our local justice system. Simply, the office lacks the will to create a culture where the law and the Constitution matter more than personal connections.

It is the prosecutor’s office that must be the first line of defense against misconduct within our courthouse. Local prosecutors should reject cases tainted by misconduct, and they must hold accountable officers who have broken the law.

On May 25, 2020, police officers in Minneapolis murdered George Floyd. I was the first candidate for Lake County State’s Attorney asking that those officers be held accountable. In the subsequent weeks, we’ve seen people across the country and Lake County demand real reform at all levels of government. We have seen this country turn its attention to systemic racism and finally begin to say “enough is enough.”

Police misconduct not only destroys the lives of its victims but undermines the foundation of our legal system, and we must ensure that policing is executed in accordance with the law and the Constitution. We will be safer and united when we develop common-sense solutions that will improve and restore the vital link between the community and its good police officers. We need a system dedicated to transparency so that we can see inside the proverbial “barrel of apples.” We can only solve the problems that we can see.

For the last 17 years, I have worked in the Lake County courthouse and have seen first-hand the failures of the current and previous administration to hold bad officers and bad prosecutors accountable. These continued failures and the resulting decline in county-wide safety compelled me to run for state’s attorney.

I have agreed with the many community, religious, and intellectual leaders who have called for broader changes in our society. When I am the state’s attorney, I will implement the following specific changes to minimize the risk of more tragedy in Lake County:

1. Implementing Transparency & Prosecutor-led Training: We will finally keep and publish statistics on constitutional violations by officers, improper uses of force, and instances of lost evidence. My office will provide training to police departments regarding compliance with the US constitution and Illinois law.

2. Ending Racial Profiling: The state’s attorney’s office will voluntarily refuse to use evidence that has been secured through racial profiling, and we will keep statistics to determine the extent of the profiling problem.

3. Increasing the Community’s Voice: We will have a community oversight and advisory panel that reports allegations of police misconduct to the state’s attorney’s office–creating a new citizen-led “check and balance” outside of the municipality-run systems.

4. Requiring County-wide Body Cameras: We will work with our partners in law enforcement to ensure that every Lake County officer has proper body-worn cameras. Many of our local departments do not have such cameras, and I will work to secure state and federal funding for such equipment. Body cameras protect the public from police abuse. But they also protect law enforcement officers from false claims of abuse. My plan is to assure both the police and the public of fair treatment by my office.

5. Protecting Lives Through De-escalation Training: We will assist the sheriff’s department, the Illinois State Police, and any local department with securing the resources to increase training on de-escalation tactics. Police training should emphasize appropriate and inappropriate use of force and protect the dignity of human life. The already existing statewide ban on chokeholds should be vigorously enforced. Police should not use deadly force unless it is absolutely necessary, and even non-deadly force should be a last resort.

6. Increasing Diversity & Bias Training: We will work with each department to assist them in improving the diversity of their departments while also insisting that all Lake County officers undergo implicit bias training. The state’s attorney’s office will also increase its diversity of personnel which is far different from the county’s demographics. Finally, we will make sure each prosecutor goes through the recommended amount of implicit bias training. The office is far below the recommended amount of training in this area. Under my administration, we will end the “talk” and we will “walk the walk” with respect to building a diverse and open legal community.

7. Preserving Evidence: We will make sure that evidence is preserved immediately in relation to any crime. Police departments must preserve all audio and video evidence related to a case and not wait for attorneys to request the information (sometimes) months later.

8. Publishing Police Protocols: Whether the individual departments do it or not, our office will post on its website all police policies and protocols — including use of force policies.

9. Improving Internal Affairs Effectiveness and Accountability: We will use our civil division to work with each department to make sure there are robust internal affairs mechanisms that report directly to the organization’s head and that effectively identify and track problem officers, allegations of misconduct, and citizen complaints.

10. Activating Alternative First Responders: “First responders” must include people with mental health and substance abuse training.  Alternative first responder programs will reduce the extent to which police officers respond to individuals experiencing mental health crises and other medical emergencies that are better addressed by health and medical professionals. De-escalation and treatment must be considered tools in our new crime-fighting toolbox.

11. Supporting Legislative Reform: As the attorney for all the people of Lake County, I will use my role to advocate for broader reform in our legal and economic system including:

a) Moving funds to our schools and communities to fight the causes of crime;

b) Amending the statute establishing the statewide database for officer misconduct to expand the type of cases that can trigger inclusion on the list;

These reforms will ensure that residents, legislators, mayors, police officers, police supervisors, judges, prosecutors, and voters have more information when they are making their decisions. That is how we keep residents safe, and transparency is the foundation of our democracy and our justice system.

It is time to come together as a community to make sure that “Justice for All” is more than a motto but a daily mission for our prosecutor’s office. “Justice for All” means making sure that the police serve the people, that we protect everyone’s rights, and that we fight for all victims of crime regardless of their gender, race, class, or background. “Justice for all” means fair treatment not only within our courtrooms and on our streets but also in how we ensure that all our communities are safe.

Advocating for ALL Victims

Equal Treatment For All 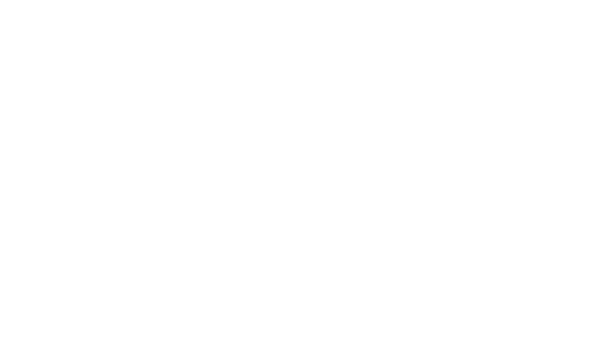